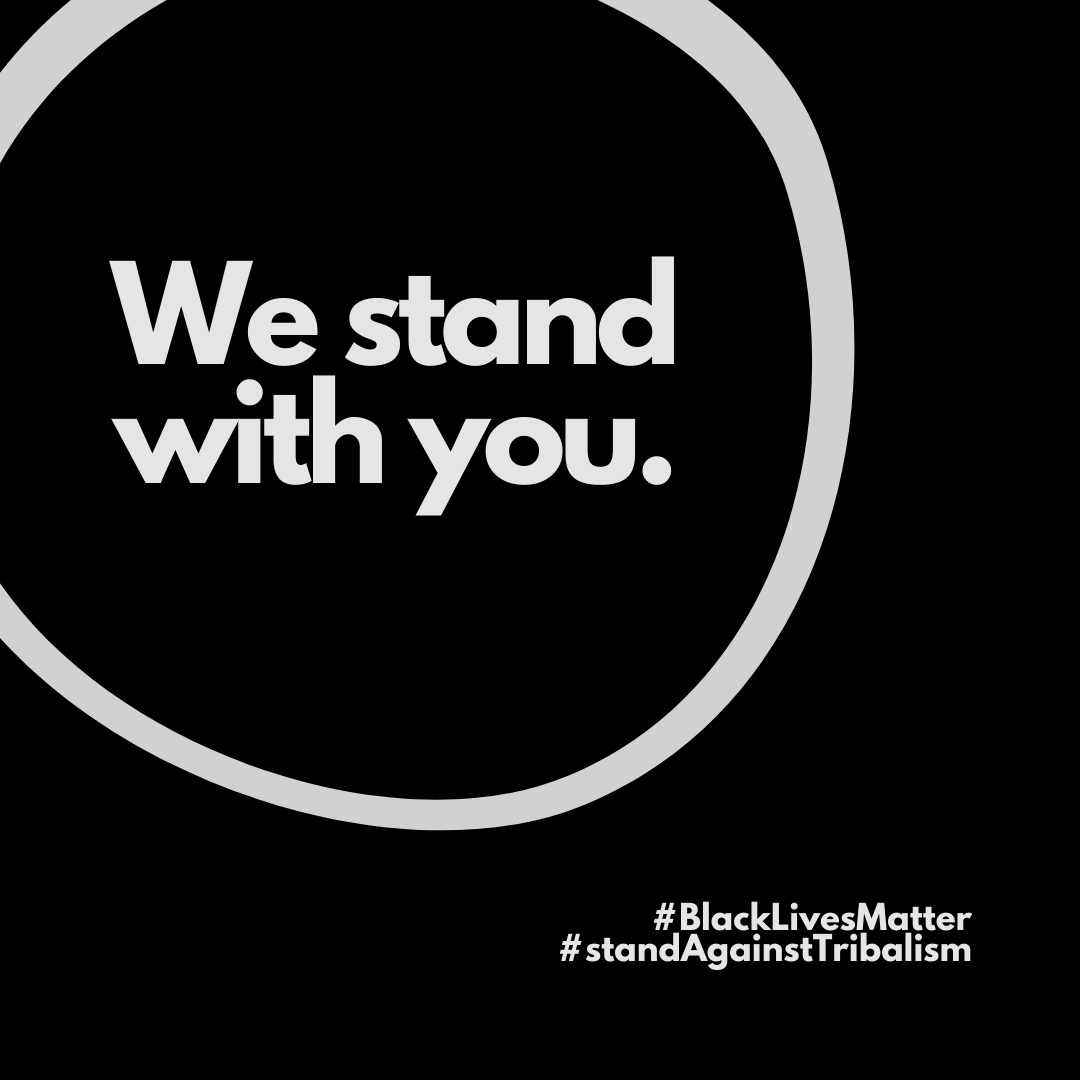 As the black lives matter movement continues to gather momentum and effect change in the world at large, we must seize this opportunity also to effect change within our Nation. Nigeria for all her rich history and culture is being plagued by tribalism.

Together with our readers, we have come up with a list of books to help all to engage with and educate themselves on issues dealing with racial prejudice, injustice, nepotism and tribalism. So whether you’re starting your journey, continuing or looking to educate others. Here’s a selection of books to help.

The Trouble with Nigeria

The eminent African novelist and critic, here addresses Nigeria’s problems, aiming to challenge the resignation of Nigerians and inspire them to reject old habits which inhibit Nigeria from becoming a modern and attractive country. In this famous book now reprinted, he professes that the only trouble with Nigeria is the failure of leadership, because with good leaders Nigeria could resolve its inherent problems such as tribalism; lack of patriotism; social injustice and the cult of mediocrity; indiscipline; and corruption.

In Religion and the Making of Nigeria, Olufemi Vaughan examines how Christian, Muslim, and indigenous religious structures have provided the essential social and ideological frameworks for the construction of contemporary Nigeria. Using a wealth of archival sources and extensive Africanist scholarship, Vaughan traces Nigeria’s social, religious, and political history from the early nineteenth century to the present. During the nineteenth century, the historic Sokoto Jihad in today’s northern Nigeria and the Christian missionary movement in what is now southwestern Nigeria provided the frameworks for ethno-religious divisions in colonial society. Following Nigeria’s independence from Britain in 1960, Christian-Muslim tensions became manifest in regional and religious conflicts over the expansion of sharia, in fierce competition among political elites for state power, and in the rise of Boko Haram. These tensions are not simply conflicts over religious beliefs, ethnicity, and regionalism; they represent structural imbalances founded on the religious divisions forged under colonial rule.

Nigeria’s Soldiers of Fortune: The Abacha and Obasanjo Years

In the cataclysmic decade that is the focus of this book Nigeria’s Soldiers of Fortune by Max Siollun, Nigeria was subject to several near-death experiences. These began when the country nearly tore itself apart after the northern-led military government annulled the results of a 1993 presidential election won by the southerner Moshood Abiola, and ended with former military ruler General Olusegun Obasanjo being the unlikely conduit of democracy.

Half of a Yellow Sun by Chimamanda Ngozi Adichie

This book Half of a Yellow Sun by Chimamanda Ngozi Adichie is about a boy from a poor village, goes to work for Odenigbo, a radical university professor. Soon they are joined by Olanna, a young woman who has abandoned a life of privilege to live with her charismatic lover. Into their world comes Richard, an English writer, who has fallen for Olanna’s sharp-tongued sister Kainene. But when the shocking horror of civil war engulfs the nation, their loves and loyalties are severely tested, while their lives pull apart and collide once again in ways none of them could have imagined…

An insider traces the details of hope and ambition gone wrong in the Giant of Africa, Nigeria, Africa’s most populous country. When it gained independence from Britain in 1960, hopes were high that, with mineral wealth and over 140 million people, the most educated workforce in Africa, Nigeria would become Africa’s first superpower and a stabilizing democratic influence in the region.

Africa is featured in the headlines as developed countries and China clash over the need for the continent’s resources. Yet there are few serious books to help us understand any aspect of the never-ending cascade of wars and conflicts. Other titles on Nigeria are mostly children’s books or travel guides. The current work focuses specifically on the social tensions, the motivations and the methods of the series of coups that rent Nigeria.

Long Walk to Freedom: The Autobiography of Nelson Mandela

The autobiography of global human rights icon Nelson Mandela is “riveting . . . both a brilliant description of a diabolical system and a testament to the power of the spirit to transcend it” (Washington Post).

Nelson Mandela was one of the great moral and political leaders of his time: an international hero whose lifelong dedication to the fight against racial oppression in South Africa won him the Nobel Peace Prize and the presidency of his country. After his triumphant release in 1990 from more than a quarter-century of imprisonment, Mandela was at the center of the most compelling and inspiring political drama in the world. As president of the African National Congress and head of South Africa’s antiapartheid movement, he was instrumental in moving the nation toward multiracial government and majority rule. He is still revered everywhere as a vital force in the fight for human rights and racial equality.

America, Their America By JP Clark

This is an account of one programme to make friends for America during the Cold War, which failed with a Parvin Fellow at Princeton, the young JP Clark. The Nigerian poet later went on to enjoy warm hospitality in the United States, returning as a guest of the State Department, Distinguished Fellow at the famous Centre for the Humanities at Wesleyan University in Connecticut, and Visiting Professor at Lincoln and Yale. With grants from the Ford Foundation, he also took a tour of theatres from coast to coast, and to help run his own repertory company at home in Lagos.

Days of Ignorance By Laila Aljohani

Medina, Saudi Arabia. A young man, Malek, has been brutally attacked for being of the ‘wrong’ race.

Malek’s lover, Leen, waits by his bedside and reflects on their relationship and her life as an unmarried, childless woman. All around her are voices of judgment and concern; in the twenty-first century it is still unforgivable, and dangerous, for a Saudi woman to enter into a relationship with a black man. In the distance US planes hover over Iraq, primed to embark on yet another senseless conflict.

Flinging wide a window onto the second holiest Islamic city–a city in which people observe daily prayers and preach equality and justice–Days of Ignorance is a novel about honor, hypocrisy, war and fear. And, glimmering beyond, beneath and behind it all, love.

Cry the Beloved Country is the deeply moving story of the Zulu pastor Stephen Kumalo and his son Absalom, set against the background of a land and a people riven by racial injustice. Remarkable for its contemporaneity, unforgettable for character and incident, Cry the Beloved Country is a classic work of love and hope, courage and endurance, born of the dignity of man.

An Appeal to the World: The Way to Peace in a Time of Division

In this brief yet profound address to global humanity, His Holiness the Dalai Lama of Tibet reveals that we all hold the seeds of world peace within us: “I see with ever greater clarity that our spiritual well-being depends,” the Nobel Peace Prize winner writes, “on our innate human nature, our natural affinity for goodness, compassion, and caring for others.”

Already a major international bestseller, An Appeal to the World, the new book by one of the most revered spiritual leaders of our time, outlines both the inward and outward paths to peace, addressing a wide range of contemporary topics—from the rise of nationalism, Trump presidency, refugee crisis, climate catastrophes, and materialism to meditation, universal ethics, and even neuroscience. Here is a small book that can truly change the world.