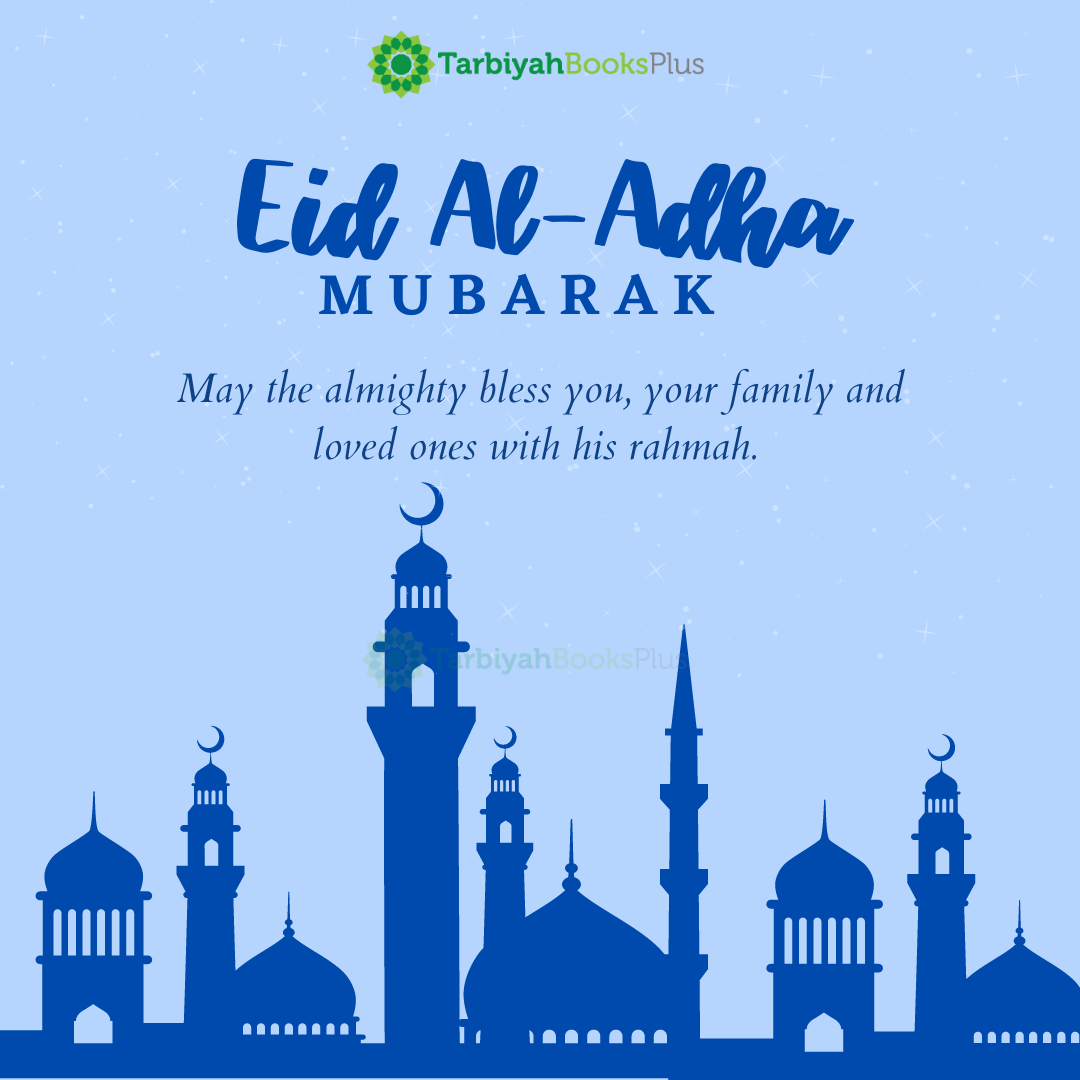 Eid al-Adha, or the “Feast of Sacrifice,” signifies the willingness of the Prophet Ibrahim, known as Abraham in Christianity and Judaism, to sacrifice his son, Ismail as ordered by Allah. It is one of Islam’s most important holidays.

We’ve done the hard work for you, to read the glorious story of Prophet Ibrahim (AS) and other books to help celebrate Qurbani.

Books to keep you company this Holiday

Stories Of The Prophets [PBUH] (Darussalam)

In this book, the stories of the prophets have been compiled from ‘Al-Bidayah wan-Nihayah’ (The Beginning and the End) which is a great work of the famous Muslim exegete and historian Ibn Kathir and has a prominent place in the Islamic literature.

The Hidden Pearls (Al-Lulu Al-Maknoon) is a comprehensive, all-inclusive encyclopedia on the life and works of Muhammad (S). We have tried, to the best of our ability, to include in this momentous work all things relating to the final Messenger of Allah. We have neither overlooked nor trivialized a single minor event or secondary fact, chronicling every incident from his birth to his death. Each and every event has been thoroughly researched, examined and vetted by the thirteen-member Committee and then written in an easy, flowing style. In these dark and disturbing times, the Muslim Ummah is confronted with innumerable challenges.

The History of Islam (Volume 1, 2, 3) Hardcover – by Akbar Shah Najeebabadi

This book presents the true Islamic events and their actual causes before the English readers because the other books in the English language found on the Islamic history have been written by such authors and compilers who did no justice in presenting the true picture of Islamic Era but their prejudice prevented them from doing so.

The Prophet Muhammad Storybook deals with the Prophet’s preaching or dawah mission in Makkah. It shows how, despite immense opposition and persecution, the Prophet carried on with his mission of preaching the message of one God.

Quranic Infographics – A Collection of Illustrations Inspired by the Qur’an

This full-color book Quranic Infographics – A Collection of Illustrations Inspired by the Qur’an is a collection of illustrations inspired by verses of the Qur’an. The artist has employed distinctly different art styles to present various topics including ethics and morality, history, and law in Islam.

The aim is to enable a non-Arab reader to understand the Quran as well as to improve his/her knowledge of Arabic, particularly the Quranic Arabic.

Before the start of each Surah, there’s a brief introduction which clarifies the main theme of the Surah for some background context along with the place of revelation and number of Aayaat.

It not only tracks complete tracking of the Surah, but also Aayah by Aayah. Each Arabic and English translation ends with a dotted tick mark which you can write a date on for tracking hifdh, qiraa’at or tafsir journey.

☆ ROOT-LETTERS EXTRACTION & ARABIC WRITING PRACTICE – with in-depth Arabic meaning through the help of Arabic dictionary. Only 4 words are chosen out of each Surah to expand Arabic vocabulary one by one – gradually.

His Eminence Dr. Abdur Rahman bin Abdul Aziz As-Sudais is one of those fortunate and renowned personalities who hold a high and outstanding position in the Muslim world. This book is the first collection of his Jumu’ah sermons which he delivered in the Holy Mosque of Makkah. It is produced in a beautiful and meaningful format for readers who are keen to study it. This collection contains sermons spanning a quarter of a century and covering a multitude of topics related to the Muslims and the Muslim world.

The True Secret By Amira Ayad

The True Secret offers practical, step-by-step suggestions that anyone can use to evaluate his or her present situation and begin to make changes in beliefs and actions, working towards success in this life and the next.

The Alchemist by Paulo Coelho

This story The Alchemist by Paulo Coelho, dazzling in its powerful simplicity and soul-stirring wisdom, is about an Andalusian shepherd boy named Santiago who travels from his homeland in Spain to the Egyptian desert in search of a treasure buried near the Pyramids.

Women of Desire: A Guide to Passionate Love and Sexual Compatibility (Paperback) – by Habeeb Akande