A compulsively readable true-crime tale, with a damning argument about the relationship between the death penalty and false confessions, based on an Innocence Project case.

“It’s time for Virginia’s governor to do something about the Norfolk Four….[This is] one of the most disturbing potential miscarriages of justice the commonwealth has seen in a long time.”—The Washington Post, editorial, December 1, 2006

On July 8, 1997, nineteen-year-old sailor Billy Bosko returned to his home in Norfolk, Virginia, from a naval cruise to find his wife on the floor of their bedroom, raped and stabbed to death.

In this gripping story of justice gone awry, four innocent men separately confess to the heinous crime that none of them actually committed. Though the real perpetrator has since been convicted, three of the four remain in prison today, attesting to the powerful role confessions—even false ones—play in our criminal justice system, where they typically trump fact, reason, and common sense.

Writer Tom Wells and law professor Richard Leo masterfully interweave a narrative covering the unfolding of the case with an exploration of topics ranging from coercive interrogation, police perjury (“testilying”), and prosecutorial politics to the role of the death penalty in criminal law.

With a clemency campaign for the three wrongly imprisoned men still ongoing, this book presents an urgent call for justice and a convincing case for reform in the criminal justice system. 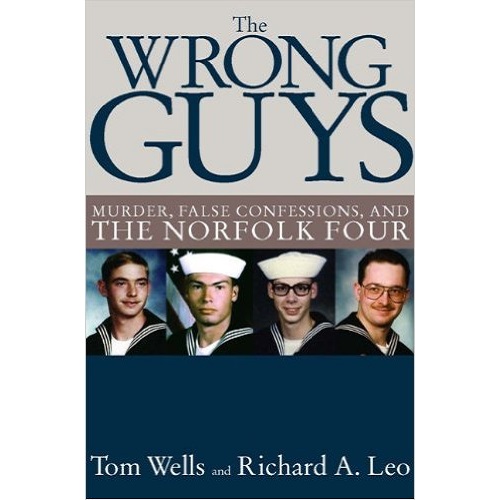