Risk Rules is a comprehensive updating of the authors’ critically praised The Kimchi Matters (Agate B2, 2005). The authors, a group of present and former University of Chicago political risk experts, return discussion of globalization and international relations to first principles. Globalization hype has obscured a few basic truths–that political stability and economic growth are usually determined on the local level, and that they’re most affected by local institutions, leadership, corruption, and other such factors. Risk Rules shows that globalization (and events like the wars in Afghanistan and Iraq, and the September 11 attacks) makes understanding the political economies of distant countries more important than ever.

Time and again, investors and foreign policymakers have been hurt because they haven’t understood the unique local dynamics at work in a particular country or region. This truth holds for companies venturing abroad and for policymakers contemplating foreign challenges, and no less for small investors, voters, and others whose lives and finances are increasingly affected by distant world events. Risk Rules lays out an intuitive framework for making sense of international economic and political developments, whether negative (why markets in Argentina collapsed; why Russia stumbled, then rebounded, then stumbled again; why U.S. allies 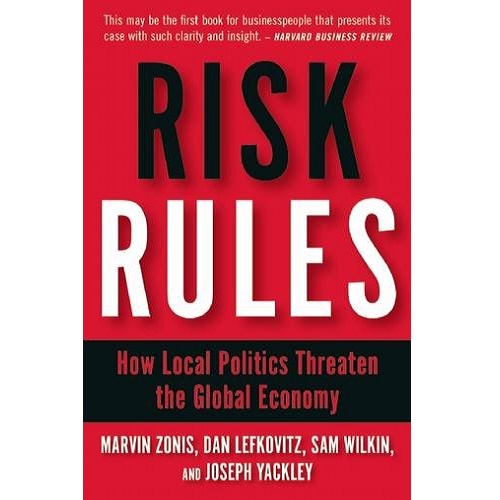