he pulse-pounding multimillion-selling adventure series – now a major motion picture. When the lift cranks open, the only thing Thomas remembers is his first name. But he’s not alone – an army of boys welcomes him to the Glade, an encampment at the centre of a terrible maze. The Gladers have no idea why they’re there, or what’s happened to the world outside. But following the arrival of a girl with a message, they must find a way out – or die. Titles in this collection: The Maze Runner The Scorch Trials The Death Cure The Kill Order The Fever Code About the Author: James Smith Dashner is an American writer of speculative fiction, primarily series for children or young adults, such as The Maze Runner series and the young adult fantasy series the 13th Reality. His 2008 novel The Journal of Curious Letters, first in the series, was one of the annual Borders Original Voices picks Product Information: ISBN: 9781911490272 Format: Book Collection – Paperback Author: James Dashner Publisher: Chicken House Books Dimensions: 19.8 x 12.8 x 11.7cm 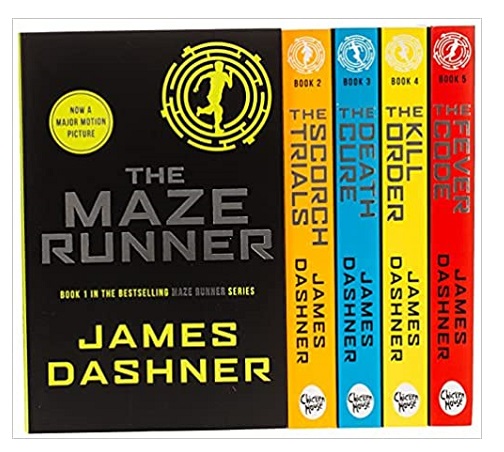