The Sultan and the Queen: The Untold Story of Elizabeth and Islam

The fascinating story of Queen Elizabeth’s secret outreach to the Muslim world, which set England on the path to empire, by The New York Times bestselling author of A History of the World in Twelve Maps

We think of England as a great power whose empire once stretched from India to the Americas, but when Elizabeth Tudor was crowned Queen, it was just a tiny and rebellious Protestant island on the fringes of Europe, confronting the combined power of the papacy and of Catholic Spain. Broke and under siege, the young queen sought to build new alliances with the great powers of the Muslim world. She sent an emissary to the Shah of Iran, wooed the king of Morocco, and entered into an unprecedented alliance with the Ottoman Sultan Murad III, with whom she shared a lively correspondence.

The Sultan and the Queen tells the riveting and largely unknown story of the traders and adventurers who first went East to seek their fortunes—and reveals how Elizabeth’s fruitful alignment with the Islamic world, financed by England’s first joint stock companies, paved the way for its transformation into a global commercial empire. 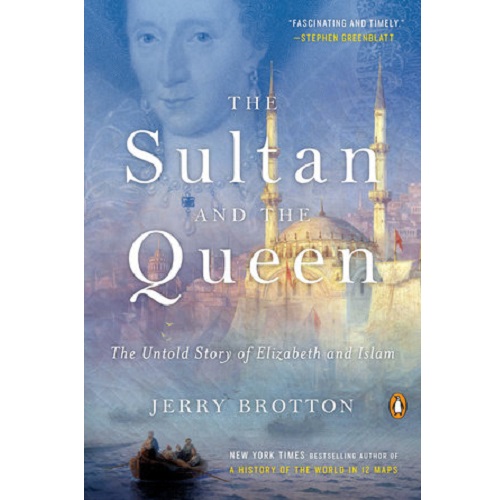 You're viewing: The Sultan and the Queen: The Untold Story of Elizabeth and Islam ₦4,500
Add to basket
Sign in Create an Account
Lost your password?
Shopping cart close