Dubai Dreams: Inside the Kingdom of Bling

Dubai has become the watchword for all things new, glittering and very bling – a billionaire’s dream world and a haven for international expatriates promising a fantasy land of tax-free fun, sun and sin. In less than a generation, this small city-state on the Arabian Gulf has been transformed from a sleepy smuggler’s cove to a global financial and entertainment hub home to a number of world records, including the world’s tallest building, the largest man-made island and the biggest shopping mall.

But what is life really like for the people who live and work in the city of Dubai, beyond the towering skyscrapers, luxury resorts and opulent mansions? Rather than just desert Sheikhs and designer-clad Emiratis, Raymond Barrett also encounters a dizzy melange of expatriates – Iranians, Ethiopians, Indians, Afghans, British and Chinese – all living their own version of The Dubai Dream. Behind the hyperbole and marketing spin, what are the real stories the city has to tell?

From seven-star hotels to immigrant labour camps, from Sunni mosques to Hindu temples and from the courthouse to a back-alley speakeasy, Barrett draws a fascinating picture of the brave new world emerging from these desert sands. He reveals the hidden side of this playboy paradise and considers whether Dubai is a doomed Plastic Arabia or an authentic 21st century success story. 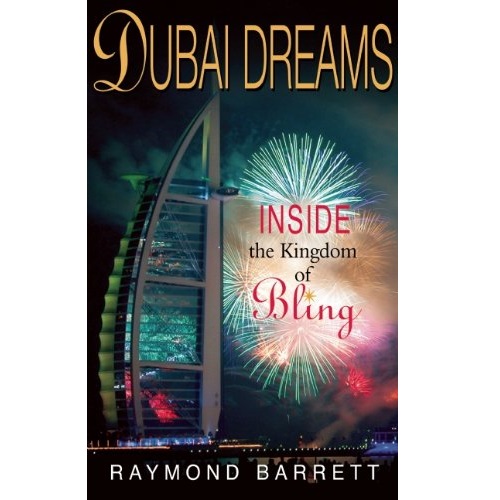