‘I love the brilliant opening twist – a missing person with no memory searching for himself. It had me racing to the end’ Fiona Barton, bestselling author of The Widow

When a young man wakes up bruised and beaten, with no memory of who he is or where he came from, the press immediately dub him ‘The Lost Man’.

Naming himself Richard Kite, he spends the next ten months desperately trying to find out who he is. But despite media appeals and the efforts of the police, no one knows him.

Richard’s last hope may be private investigator David Raker – a seasoned locator of missing people. But Raker has more questions than answers.

Who is Richard Kite?

Why does no one know him?

And what links him to the body of a woman found beside a London railway line two years ago?

Could Richard be responsible for her death – or is he next?

Praise for I Am Missing:

‘So cleverly constructed I never guessed any of the twists’ Claire Douglas, bestselling author of Local Girl Missing

‘Tim Weaver is the rising star of British crime and I Am Missing will haunt your dreams’ Tony Parsons, bestselling author of the DC Max Wolfe series

‘Tim Weaver writes books so meticulously researched that the reader is educated as well as entertained, enthralled and intrigued. David Raker is a most complex and engaging investigator, each case leaving its mark on his soul, and ours’ Liz Nugent, bestselling author of Lying in Wait

‘A really exciting, interesting and genuinely original read. I had no idea where it was going’ Gillian McAllister, bestselling author of Everything but the Truth

‘Weaver’s credentials are sui generis, and they are burnished by this latest novel’ Barry Forshaw, Crime Time

‘A fast-paced story packed with twists and surprises . . . a thrilling and hugely enjoyable novel with a frantic, engrossing finale’ Jon Coates, Daily Express 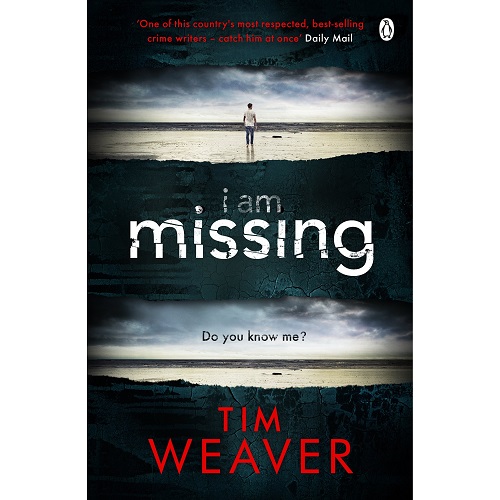