‘ye the best of Peoples, evolved for mankind, enjoining what  is right, forbidding what is wrong, and believing in Allah. If only the People of the Book had Faith, it were best for them: among them are some who have Faith, but most of them are perverted transgressors’ {TMQ 3 110).

The leading role of the Muslims is becoming increasingly important as the spiritual and social circumstances of the modern communities are vastly deteriorating. Therefore the urgency of the situation impels the Muslims to implement themselves with the necessary tools to live up to the standards set by their Creators. In order to regain their status and establish the main purpose of their existence as worshipers and unifiers of Allah, the Muslims are required to study their inherited legacy of science and knowledge, at the same time they are demanded to take part in the modern scientific and technological development.

At this critical time in the history of the Muslim Nation, one of the most important elements to establish their mission is ‘unity”. Unity is more needed now than ever before. Undoubtedly, The Honourable Ka ‘ba is the greatest symbol of the Muslim unity. This book collects a great deal of information about the Honorable Ka’ba since it was established according to Allah’s orders by Prophet Ibrahim (p.b.u.h.). It also gives an account of its importance to the Muslims as a direction of prayers and its centrality not only to the Muslim world but to all the land of the Earth.              (From the Introduction) 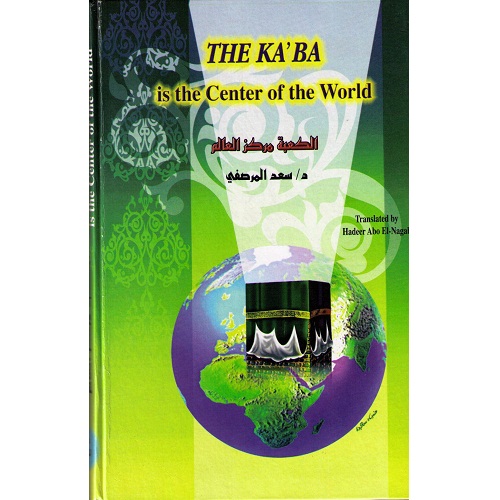 You're viewing: The Ka’ba the Centre of the World with Hajj and Umrah ₦1,800
Add to basket
Sign in Create an Account
Lost your password?
Shopping cart close