Waking from the Dream: The Struggle for Civil Rights in the Shadow of Martin Luther King, Jr. Hardcover

The author of A Stone of Hope, called “one of the three or four most important books on the civil rights movement” by The Atlantic Monthly, turns his attention to the years after Martin Luther King’s assassination—and provides a sweeping history of the struggle to keep the civil rights movement alive and to realize King’s vision of an equal society.

In this arresting and groundbreaking account, David L. Chappell reveals that, far from coming to an abrupt end with King’s murder, the civil rights movement entered a new phase. It both grew and splintered. These were years when decisive, historic victories were no longer within reach—the movement’s achievements were instead hard-won, and their meanings unsettled. From the fight to pass the Fair Housing Act in 1968, to debates over unity and leadership at the National Black Political Conventions, to the campaign for full-employment legislation, to the surprising enactment of the Martin Luther King holiday, to Jesse Jackson’s quixotic presidential campaigns, veterans of the movement struggled to rally around common goals.

Waking from the Dream documents this struggle, including moments when the movement seemed on the verge of dissolution, and the monumental efforts of its members to persevere. For this watershed study of a much-neglected period, Chappell spent ten years sifting through a voluminous public record: congressional hearings and government documents; the archives of pro– and anti–civil rights activists, oral and written remembrances of King’s successors and rivals, documentary film footage, and long-forgotten coverage of events from African American newspapers and journals.

The result is a story rich with period detail, as Chappell chronicles the difficulties the movement encountered while working to build coalitions, pass legislation, and mobilize citizens in the absence of King’s galvanizing leadership. Could the civil rights coalition stay together as its focus shifted from public protests to congressional politics? Did the movement need a single, charismatic leader to succeed King, and who would that be? As the movement’s leaders pushed forward, they continually looked back, struggling to define King’s legacy and harness his symbolic power.

Waking from the Dream is a revealing and resonant look at civil rights after King as well as King’s place in American memory. It illuminates a time, explores a cause, and explains how a movement labored to overcome the loss of its leader.

Advance praise for Waking from the Dream

“A vitally needed appraisal of how the civil rights movement re-created itself in surprisingly effective ways after Dr. King’s death . . . No one is better qualified than David Chappell to examine these largely unexplored developments and to make sense of the ironies, tragedies, and triumphs. This is a brilliant, absorbing work that compels us to rethink our conceptions and judgments about the civil rights movement.”—Stewart Burns, author of We Will Stand Here Till We Die 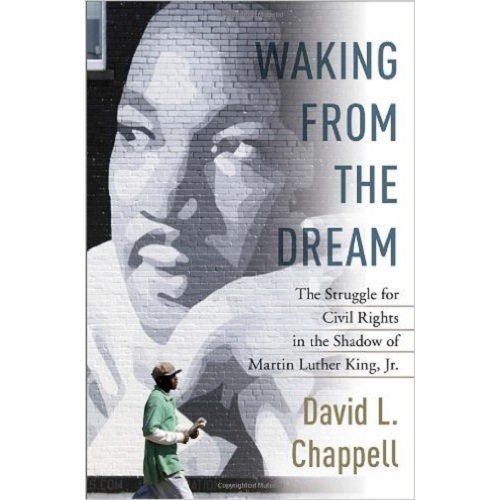 You're viewing: Waking from the Dream: The Struggle for Civil Rights in the Shadow of Martin Luther King, Jr. Hardcover ₦5,000
Add to basket
Sign in Create an Account
Lost your password?
Shopping cart close