About the Book: Contemporary Political Theory Political theory, generally identifiable with as well as distinguishable from other related themes like political thought, political philosophy, political ideology, political inquiry, political analysis and the like, is by all means the most encompassing intellectual activity. But it remained in a beleaguered state in the twentieth century owing to the impact of many currents and cross-currents inspired by the conflicting interpretations and affirmations of the writers belonging to different schools of thought. In its contemporary form, it is both Liberal and Marxist, empirical and normative, Western a. non-Western, irrespective of the fact that the former aspect outweighs the latter. What is, however, significant is that its study is being revisited in the light of new socio-economic developments occurring all over the world as well as in response to the more subtle intellectual trends unrelated to Political Science as customarily defined. Most of its themes (like liberty, equality and justice) have been revised in the light of such developments and many new themes (such as feminism. terrorism and multiculturalism) have found their place in it. The very concept of the nation-state with sovereignty as its essential attribute is in the process of transformation in the age of globalisation and liberalisation. It has become more diffused and fragmented in the twenty-first century. Contents Part 1: New Dimensions: Political Theory, Forms, Traditions and Problems of Political Theory, State of the Discipline, Approaches and Methods, Science and Political Theory. Part 2: Basic Concepts: Law, Rights, Liberty, Equality, Property, Justice, Political Obligation, Political Legitimacy and Effectiveness, Revolution, Ideology, Political Alienation, Political Power. Part 3: Major Trends: Liberalism, Existentialism, Behaviouralism, Post.Behaviouralism., New Leftism. Eurocommunism and Post-Communism. Fascism, Post-Modernism, Feminism St 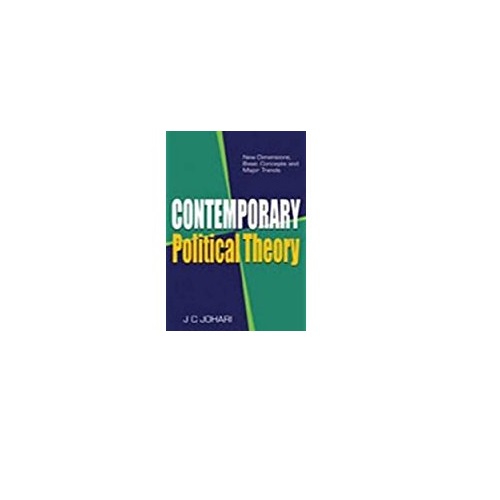